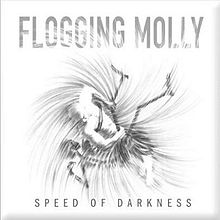 Float is the fourth studio album by the Irish-American punk band Flogging Molly. It was released on March 4, 2008, and debuted at number four on the Billboard 200 album chart, selling about 48,000 copies in its first week It also reached number one on the Billboard Independent Chart and number two on the Billboard Alternative chart.

The album features a darker and more political subject matter, with less whimsical and punk-influenced music.